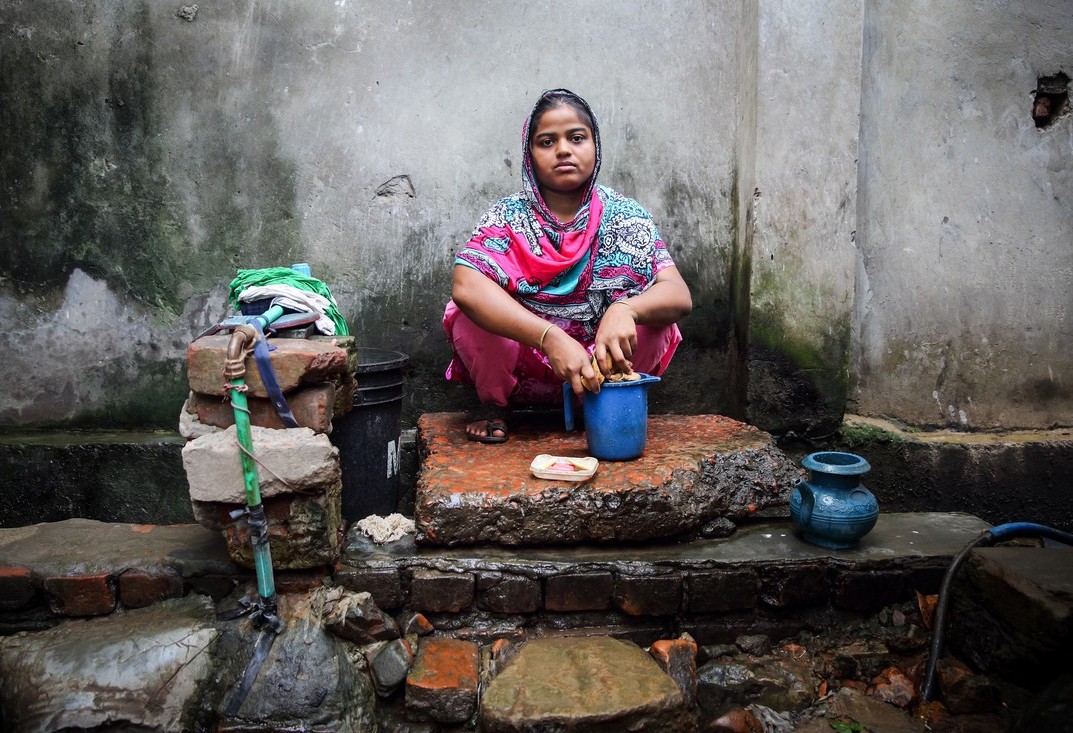 The 1,000 richest people on the planet recouped their COVID-19 losses within just nine months, but it could take more than a decade for the world’s poorest to recover from the economic impacts of the pandemic, reveals the latest Oxfam report.

‘The Inequality Virus’ is being published on the opening day of the World Economic Forum’s ‘Davos Agenda’. The report shows that COVID-19 has the potential to increase economic inequality in almost every country at once, the first time this has happened since records began over a century ago.

Rising inequality means it could take at least 14 times longer for the number of people living in poverty to return to pre-pandemic levels than it took for the fortunes of the top 1,000, mostly White male, billionaires to bounce back.

A new global survey of 295 economists from 79 countries, commissioned by Oxfam, reveals that 87 percent of respondents, including Jeffrey Sachs, Jayati Ghosh and Gabriel Zucman, expect an ‘increase’ or a ‘major increase’ in income inequality in their country as a result of the pandemic.

Oxfam’s report shows how the rigged economic system is enabling a super-rich elite to amass wealth in the middle of the worst recession since the Great Depression while billions of people are struggling to make ends meet. It reveals how the pandemic is deepening long-standing economic, racial and gender divides.

"We stand to witness the greatest rise in inequality since records began. The deep divide between the rich and poor is proving as deadly as the virus.”

“Rigged economies are funnelling wealth to a rich elite who are riding out the pandemic in luxury, while those on the frontline of the pandemic —shop assistants, healthcare workers, and market vendors— are struggling to pay the bills and put food on the table.

Billionaires fortunes rebounded as stock markets recovered despite continued recession in the real economy. Their total wealth hit $11.95 trillion in December 2020, equivalent to G20 governments’ total COVID-19 recovery spending. The road to recovery will be much longer for people who were already struggling pre-COVID-19. When the virus struck over half of workers in poor countries were living in poverty, and three-quarters of workers globally had no access to social protections like sick pay or unemployment benefits.

“Extreme inequality is not inevitable, but a policy choice. Governments around the world must seize this opportunity to build more equal, more inclusive economies that end poverty and protect the planet,” added Bucher.

“The fight against inequality must be at the heart of economic rescue and recovery efforts. Governments must ensure everyone has access to a COVID-19 vaccine and financial support if they lose their job. They must invest in public services and low carbon sectors to create millions of new jobs and ensure everyone has access to a decent education, health, and social care, and they must ensure the richest individuals and corporations contribute their fair share of tax to pay for it.

“These measures must not be band-aid solutions for desperate times but a ‘new normal’ in economies that work for the benefit of all people, not just the privileged few.”

Download ‘The Inequality Virus’ report and summary, meethodology document outlining how Oxfam calculated the statistics in the report, pictures, footage and casestudies.

During the week of 25 January, the World Economic Forum (WEF) will digitally convene the ‘Davos Dialogues’, where key global leaders will share their views on the state of the world in 2021.

Oxfam’s calculations are based on the most up-to-date and comprehensive data sources available. Figures on the very richest in society come from Forbes’ 2020 Billionaires List. Because data on wealth was very volatile in 2020, the Credit Suisse Research Institute has delayed the release of its annual report on the wealth of humanity until spring 2021. This means that we have not been able to compare the wealth of billionaires to that of the bottom half of humanity as in previous years.

The oldest historical records of inequality trends are based on tax records that go back to the beginning of the 20th century.

The World Bank has simulated what the impact of an increase in inequality in almost every country at once would mean for global poverty. The Bank finds that if inequality (measured by the Gini coefficient) increases by 2 percentage points annually and global per capita GDP growth contracts by 8 percent, 501 million more people will still be living on less than $5.50 a day in 2030 compared with a scenario where there is no increase in inequality. As a result, global poverty levels would be higher in 2030 than they were before the pandemic struck, with 3.4 billion people still living on less than $5.50 a day. This is the Bank’s worst-case scenario, however projections for economic contraction across most of the developing world are in line with this scenario.

In the World Economic Outlook (October 2020), the International Monetary Fund’s worst-case scenario does not see GDP returning to pre-crisis levels until the end of 2022. The OECD has warned this will lead to long-term increases in inequality unless action is taken.

Oxfam calculated that 112 million fewer women would be at risk of losing their jobs or income if men and women were equally represented in low-paid, precarious professions that have been most impacted by the COVID-19 crisis based on an ILO policy brief published in July 2020.

All amounts are expressed in US dollars.

Oxfam is part of the Fight Inequality Alliance, a growing global coalition of civil society organizations and activists that are holding the Global Protest to Fight Inequality from 23-30 January in around 30 countries, including Kenya, Mexico, Norway and the Philippines, to promote solutions to inequality and demand that economies work for everyone.

COVID-19 has shown us the true extent of global inequality. In 2021, let's commit to ending it - Gabriela Bucher, We Forum

Report: World's 26 richest people own as much as poorest 50%, says Oxfam
The growing concentration of the world’s wealth has been highlighted by a report showing that the 26 richest billionaires own as many assets as the 3.8...
Blog: People power will bring change - not Davos
Ultimately, the solutions to inequality will come from those who are at the frontlines of it, not the 1% that caused it and continues to benefit from it....
Blog: Oxfam’s latest bombshell on how unequally the world’s wealth is shared
Twitter feeds and newspaper headlines were again dominated this morning by new statistics on growing wealth inequality, as released by Oxfam ahead of this...
Report: 2.7 billion people did not get state aid during pandemic
The COVID-19 pandemic and the lockdown measures to contain it have hit millions of people hard, with poverty set to increase sharply in almost every...
News: Covid-19 vaccines are being hoarded by rich countries - poor ones are missing out
Lost among the jubilation of vaccine rollouts in rich countries is an uncomfortable reality: The world's poorest countries will have to wait months and...
Printer-friendly version