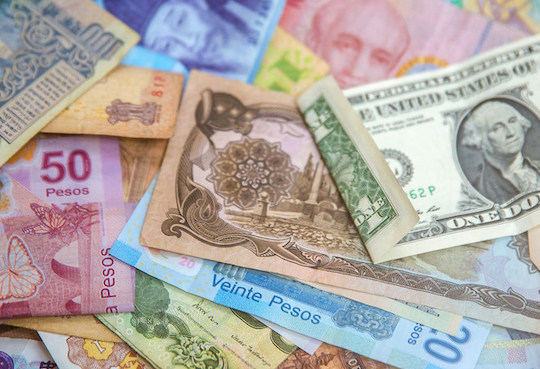 The International Monetary Fund believes that 35 to 40 countries are “debt distressed” – defined as when a country is experiencing difficulties in servicing its debt, such as when there are arrears or debt restructuring.

However, this figure is a “gross underestimation”, according to the study, led by the Pathfinders for Peaceful, Just and Inclusive Societies, based at New York University’s Center on International Cooperation.

Unsustainable rising debt levels have seen inequality widening between high-income countries and those in the global south, researchers said.

“We compiled a list of countries that are labelled as debt-distressed across a number of criteria, and estimate around 100 countries will have to reduce budget deficits in this period, even though the majority are still facing the third or fourth wave of the [Covid-19] pandemic,” the report said.

“Furthermore, the ability to cancel this debt is complicated because many of these countries have taken on debt under non-concessional terms from private lenders. The trends in [the UN’s] Financing for Development (FFD) were entirely insufficient to meet the SDGs [sustainable development goals] even prior to Covid-19. Now there is a full-blown crisis.”

Countries falling into debt distress include Tunisia, which has seen political upheaval, as well as Zambia and Ghana, said Faiza Shaheen, lead author of the report, which is being launched to coincide with a UN general assembly meeting of world leaders on Thursday.

Zambia was the first African county to default on debt last year during the pandemic and now has to allocate 44% of its annual government revenue to creditors, Shaheen said. Ghana spends about 37% of its national budget on debt interest payments.

In 2019, the cost of servicing external debts in 64 countries exceeded what they spent on healthcare, she said. Cameroon spent 23.8% of its budget on debt payments, compared with 3.9% of the country’s revenue spent on health.

Researchers used a variety of indicators to identify countries deemed vulnerable due to rising level of debts, including their debt-to-GDP ratio, their debt-to-export ratio, as well as countries labelled as fiscally vulnerable by the UN Development Programme. The country’s credit rating and growth trajectory were compared with its debt-service burden.

“The Covid-19 pandemic has brought to head a debt distress crisis that has been brewing since the aftermath of the 2008 global recession,” said Shaheen.

“The situation is made worse as poor and middle-income countries are getting in more debt to buy vaccines, or having to rely on the UN’s Covax, which only promises 20% of vaccine coverage by the end of the year,” she said.

“The dynamics of global debt, which mean rich countries can borrow cheaply and employ huge fiscal stimulus packages while low and middle-income countries have to cut back, mean that global inequalities are likely to widen.”

Shaheen said richer countries had spent on average about 6.5% of GDP on Covid-19 fiscal stimulus, which is almost twice the 3.3% of GDP spent by countries at risk of abrupt fiscal consolidation, defined as when government policies become focused on reducing deficits and debt, such as through austerity measures.

“We’ve heard a lot about the rhetoric of ‘building back better’, but of course these countries don’t have the money to do that; they don’t have it in terms of their borrowing and debt situations and they also often have a low tax base as well.”

Researchers polled people in eight countries on their concerns about inequalities and the policy priorities of their governments.

“If nothing changes and governments face having to make cuts, populations will see development stall and even reverse. For the person on the street, it means they are going to visibly see that it’s harder to access key services, and they’re not going to see improvements in their material wellbeing.”

News: As rich-poor divide widens between nations, UN urges reform
A new report from the United Nations highlights divergent economic recoveries between nations and throws fresh urgency behind warnings that richer nations...
Report: Adding fuel to fire: How IMF demands for austerity will drive up inequality worldwide
A new briefing paper by Oxfam shows that the International Monetary Fund is systematically encouraging countries to adopt austerity measures once the...
Report: Global austerity alert: Looming budget cuts in 2021-25 and alternative pathways
A new global study sounds an alert of an emerging austerity shock: most governments are imposing budget cuts, precisely at a time when their citizens and...
Article: Illicit financial flows hinder development in Africa – the UN must rise to the challenge of ending this
Every year, US$88.6 billion leaves Africa in the form of illicit capital flight according to the 2020 report of the United Nations Conference on Trade and...
Printer-friendly version