Struggles of La Vía Campesina for agrarian reform and the defense of life, land and territories 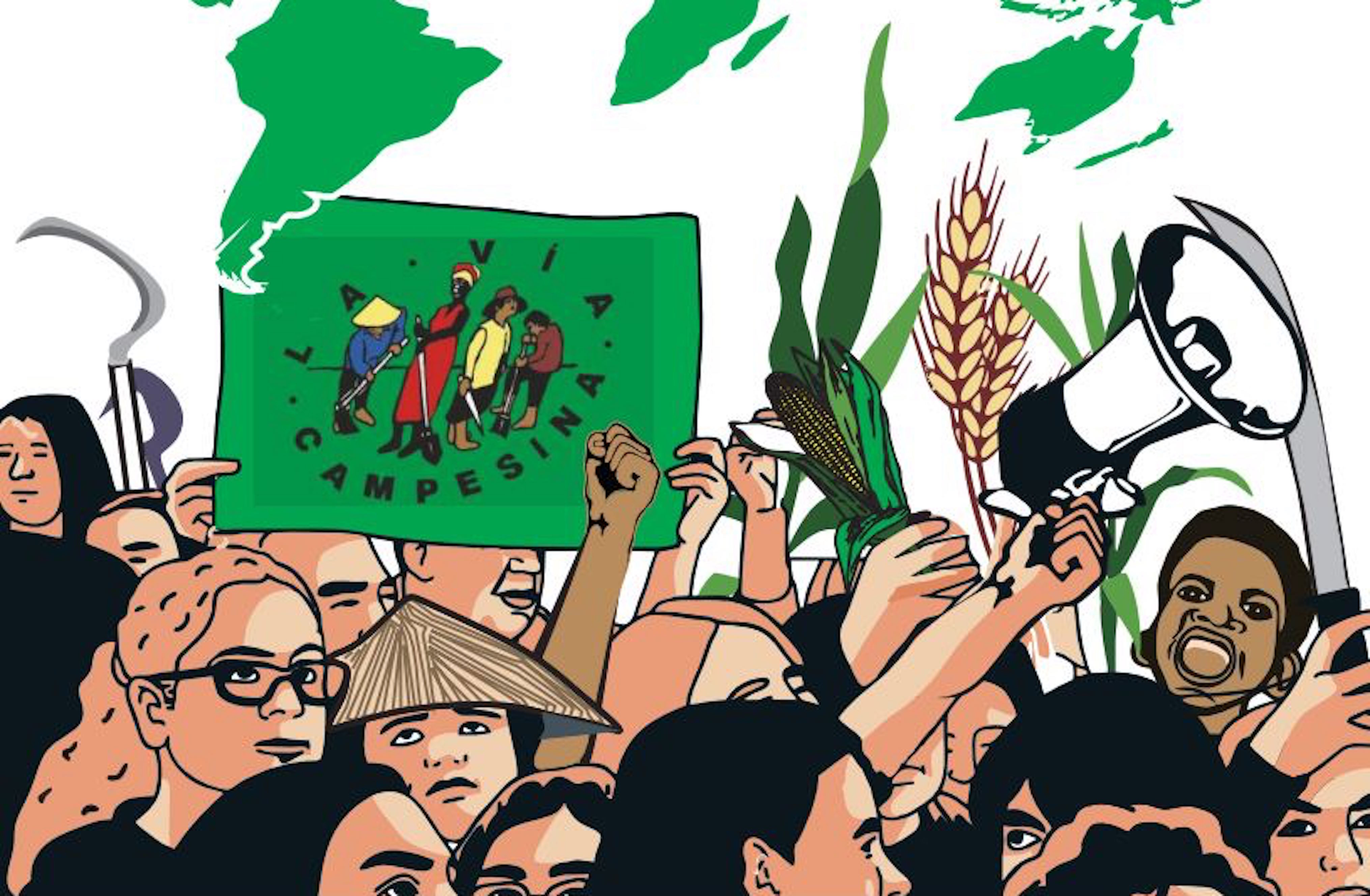 On ‘Food Sovereignty Day’ La Via Campesina launches a new publication that calls for a massive change in the current agro-food systems.

On October 16th 2017, the International Day of Action for Peoples’ Food Sovereignty and against Transnational corporations, La Via Campesina officially launched its new publication - “Struggles of La Vía Campesina for Agrarian Reform and the Defense of life, Land and Territories” - that argues for a massive change in the current agro-food system if we have to overcome the food, climate, poverty, financial, economic and democratic crises facing the planet and its people.

With the aim of strengthening the convergence of struggles, we will demonstrate in this publication that this change must be based on an integral and popular agrarian reform within the framework of Food Sovereignty.

The concepts, strategies and struggles have undergone many changes within La Via Campesina, partly as a result of the current context, but also as a result of collective processes at the grassroots level in territories that are rich in historical, cultural, political and economic diversity. In this respect, it is evident that integral and popular agrarian reform is understood to be a process for the building of Food Sovereignty and dignity for the people.

Working on the basis of this conceptual framework, in which agrarian reform is presented as a defense and a recovery of land for Food Sovereignty, and as a people’s process, this publication will be structured as follows:

Firstly, chapters 2 and 3 present La Via Campesina’s analysis of the global context we are currently facing and the form in which capital is appropriating territories. What developments have led to this unprecedented level of land grabbing, land concentration and eviction of people from their territories? To which actors do we refer when we speak of “capital”? What is the political framework that favours these processes on a global level? What are the consequences for the food and agricultural system? And how is that reflected in our territories?

La Via Campesina’s concept of integral and popular agrarian reform, developed in this context, will be presented in Chapter 4. How has the concept been modified from a vision of land distribution to a territorial vision? What were the most important milestones? Beginning with the question “How, in today’s world, can we achieve a change in the paradigm towards Food Sovereignty and agrarian reform?” we will present, in chapter 5, the strategies of La Via Campesina, which include direct actions and bottom up praxis, alternative communications and research, and political intervention on a national and international level.

While the analysis focuses more on global processes, the interviews held with leaders of La Via Campesina’s member organisations from different continents and regions show the multidimensional mechanisms which specifically affect territories. They also reflect the way in which the diversity of cosmovisions in territories which are so historically, culturally, politically and economically diverse (which can also be seen in their terminology) has enriched and extended La Via Campesina’s construction of visions.

Because the aim of the publication is to summarise these aspects as a whole from the perspective of La Via Campesina’s organisations, it is not possible to enter into each issue in depth. Therefore, at the end of each chapter we provide suggestions for further reading, which will be a useful starting point for acquiring more in depth knowledge of the issues discussed here.

Article: Seeds of corporate power vs farmers' rights
The expansion of corporate control in agriculture is reflected in three international treaties that establish the global rights of various stakeholders to...
Article: Hunger in Africa, land of plenty
Globally, 108 million people faced food crises in 2016, compared to about 80 million in 2015 – an increase of 35%, according to the 2017 Global Report on...
Article: The true cost of a plate of food: $1 in New York, $320 in South Sudan
The world’s poorest pay more than a day’s wages for a single plate of food, according to a report from the World Food Programme, which reveals that the...
Report: Better and different! Transforming food systems through agroecology
For over half a century the struggle against poverty has been a focus of global rhetoric. Rarely, however, do people ask the most important question: Who...
Article: Pathways of transition to agroecological food systems
A new report by leading sustainability experts has reaffirmed the case for a paradigm shift from industrial agriculture to diversified agroecological...
Printer-friendly version