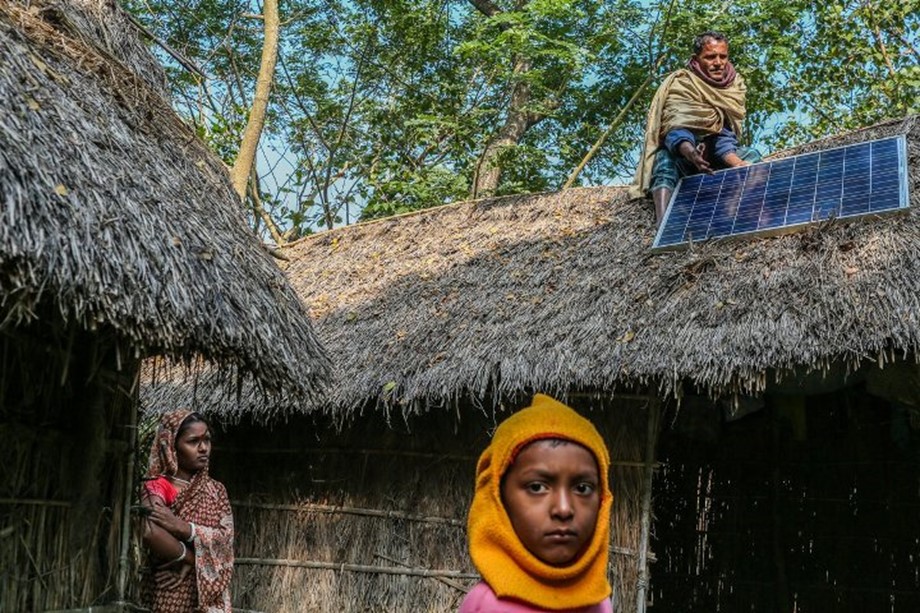 The World Social Report 2020, published by the UN Department of Economic and Social Affairs (DESA), shows that income inequality has increased in most developed countries, and some middle-income countries - including China, which has the world’s fastest-growing economy.

Inequality is growing for more than 70 percent of the global population, exacerbating the risks of divisions and hampering economic and social development. But the rise is far from inevitable and can be tackled at a national and international level, says a flagship study released by the UN on Tuesday.

The World Social Report 2020, published by the UN Department of Economic and Social Affairs (DESA), shows that income inequality has increased in most developed countries, and some middle-income countries - including China, which has the world's fastest-growing economy.

The challenges are underscored by UN chief António Guterres in the foreword, in which he states that the world is confronting "the harsh realities of a deeply unequal global landscape", in which economic woes, inequalities, and job insecurity have led to mass protests in both developed and developing countries.

"Income disparities and a lack of opportunities", he writes, "are creating a vicious cycle of inequality, frustration, and discontent across generations."

'The one percent' winners take (almost) all

The study shows that the richest one percent of the population are the big winners in the changing global economy, increasing their share of income between 1990 and 2015, while at the other end of the scale, the bottom 40 percent earned less than a quarter of the income in all countries surveyed.

One of the consequences of inequality within societies, notes the report, is slower economic growth. In unequal societies, with wide disparities in areas such as health care and education, people are more likely to remain trapped in poverty, across several generations.

Between countries, the difference in average incomes is reducing, with China and other Asian nations driving growth in the global economy. Nevertheless, there are still stark differences between the richest and poorest countries and regions: the average income in North America, for example, is 16 times higher than that of people in Sub-Saharan Africa.

The report looks at the impact that four powerful global forces, or megatrends, are having on inequality around the world: technological innovation, climate change, urbanization, and international migration.

Whilst technological innovation can support economic growth, offering new possibilities in fields such as health care, education, communication, and productivity, there is also evidence to show that it can lead to increased wage inequality, and displace workers.

Rapid advances in areas such as biology and genetics, as well as robotics and artificial intelligence, are transforming societies at pace. New technology has the potential to eliminate entire categories of jobs but, equally, may generate entirely new jobs and innovations.

For now, however, highly skilled workers are reaping the benefits of the so-called "fourth industrial revolution", whilst low-skilled and middle-skilled workers engaged in routine manual and cognitive tasks, are seeing their opportunities shrink.

Opportunities in a crisis

As the UN's 2020 report on the global economy showed last Thursday, the climate crisis is having a negative impact on the quality of life, and vulnerable populations are bearing the brunt of environmental degradation and extreme weather events. Climate change, according to the World Social Report, is making the world's poorest countries even poorer and could reverse progress made in reducing inequality among countries.

If action to tackle the climate crisis progresses as hoped, there will be job losses in carbon-intensive sectors, such as the coal industry, but the "greening" of the global economy could result in overall net employment gains, with the creation of many new jobs worldwide.

For the first time in history, more people live in urban than rural areas, a trend that is expected to continue over the coming years. Although cities drive economic growth, they are more unequal than rural areas, with the extremely wealthy living alongside the very poor.

The scale of inequality varies widely from city to city, even within a single country: as they grow and develop, some cities have become more unequal whilst, in others, inequality has declined.

The fourth megatrend, international migration, is described as both a "powerful symbol of global inequality", and "a force for equality under the right conditions".

International migration is seen, generally, as benefiting both migrants, their countries of origin (as money is sent home) and their host countries.

In some cases, where migrants compete for low-skilled work, wages may be pushed down, increasing inequality but, if they offer skills that are in short supply, or take on work that others are not willing to do, they can have a positive effect on unemployment.

Harness the megatrends for a better world

Despite a clear widening of the gap between the haves and have-nots worldwide, the report points out that this situation can be reversed. Although the megatrends have the potential to continue divisions in society, they can also, as the Secretary-General says in his foreword, "be harnessed for a more equitable and sustainable world". Both national governments and international organizations have a role to play in leveling the playing field and creating a fairer world for all.

Reducing inequality should, says the report, play a central role in policy-making. This means ensuring that the potential of new technology is used to reduce poverty and create jobs; that vulnerable people grow more resilient to the effects of climate change; cities are more inclusive; and migration takes place in a safe, orderly and regular manner.

Three strategies for making countries more egalitarian are suggested in the report: the promotion of equal access to opportunities (through, for example, universal access to education); fiscal policies that include measures for social policies, such as unemployment and disability benefits; and legislation that tackles prejudice and discrimination, whilst promoting greater participation of disadvantaged groups.

While action at a national level is crucial, the report declares that "concerted, coordinated and multilateral action" is needed to tackle major challenges affecting inequality within and among countries.

The report's authors conclude that, given the importance of international cooperation, multilateral institutions such as the UN should be strengthened and action to create a fairer world must be urgently accelerated.

The UN's 2030 Agenda for Sustainable Development, which provides the blueprint for a better future for people and the planet, recognizes that major challenges require internationally coordinated solutions, and contains concrete and specific targets to reduce inequality, based on income.

News: Just 162 billionaires have the same wealth as half of humanity
In a stark reminder of gaping global inequality, a new report by Oxfam reveals that 162 billionaires, including Facebook’s Mark Zuckerberg and Amazon’s ...
Blog: A year of protests, with inequality at their root
The UN's 2019 report on human development is timely in view of the widespread social unrest in many countries that derives, to a large extent, from the...
Blog: What protests in Lebanon can tell us about inequality worldwide
With all eyes on them, Lebanese protesters now have the opportunity to outline an ambitious programme for reform that tackles inequality for current and...
News: Inequality threatening human development, new global UN report warns
Despite global progress in tackling poverty, hunger and disease, a “new generation of inequalities” indicates that many societies are not working as they...
Printer-friendly version