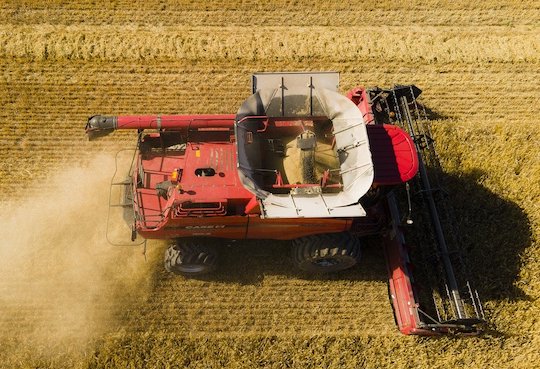 The world is spending at least $1.8tn (£1.3tn) every year on subsidies driving the annihilation of wildlife and a rise in global heating, according to a new study, prompting warnings that humanity is financing its own extinction.

From tax breaks for beef production in the Amazon to financial support for unsustainable groundwater pumping in the Middle East, billions of pounds of government spending and other subsidies are harming the environment, says the first cross-sector assessment for more than a decade.

This government support, equivalent to 2% of global GDP, is directly working against the goals of the Paris agreement and draft targets on reversing biodiversity loss, the research on explicit subsidies found, effectively financing water pollution, land subsidence and deforestation with state money.

The authors, who are leading subsidies experts, say a significant portion of the $1.8tn could be repurposed to support policies that are beneficial for nature and a transition to net zero, amid growing political division about the cost of decarbonising the global economy.

The report calls for governments to agree a target to eradicate environmentally harmful subsidies by the end of the decade at the biodiversity Cop15 gathering in China later this year, where it is hoped a “Paris agreement for nature” will be signed, and for companies to reveal the subsidies they receive as part of environmental disclosure reporting.

Christiana Figueres, who was head of the UN climate change convention when the Paris agreement was signed, welcomed the research. She said the subsidies were creating huge risks for the businesses receiving them.

“Nature is declining at an alarming rate, and we have never lived on a planet with so little biodiversity,” she said. “Harmful subsidies must be redirected towards protecting the climate and nature, rather than financing our own extinction.”

The fossil fuel industry ($620bn), the agricultural sector ($520bn), water ($320bn) and forestry ($155bn) account for the majority of the $1.8tn, according to the report. No estimate for mining, believed to cause billions of dollars of damage to ecosystems every year, could be derived.

Lack of transparency between governments and recipients means the true figure is likely to be much higher, as is the implicit cost of harmful subsidies. Last year, an International Monetary Fund report found the fossil fuel industry benefited from subsidies worth $5.9tn in 2020, but the vast majority of this figure comes from the hidden costs of failing to make polluters pay for the deaths they cause and global heating.

“Subsidy reform allows us to improve the price signals so that we are not protecting income in more polluting industries,” said Doug Koplow, founder of the organisation Earth Track, which monitors environmentally harmful subsidies, and co-author of the report, along with Ronald Steenblik, the Organisation for Economic Co-operation and Development’s former special counsellor for fossil fuel subsidy reform. “It creates space for alternative and cleaner forms of energy to enter the marketplace.”

A draft target in the UN biodiversity agreement for this decade calls for $500bn a year in subsidies to be reformed, but The B Team and Business for Nature, which supported the research, have said this must be strengthened. The world has never met a target on halting biodiversity loss, and the failure to act on subsidies was highlighted as a major issue from last decade’s targets.

Eva Zabey, executive director of Business for Nature, said businesses were often unaware of the extent of explicit and implicit subsidies they benefit from, but could use their influence to call for change.

“Many businesses are benefiting from these environmentally harmful subsidies. This cannot be a taboo topic. We need to speak using facts and understand where the financial flows are going,” she said. “Typically, the subsidies were established with good intentions in mind. We need to level the playing field because right now, some are benefiting from a head start when it should be the other way round. It’s a wicked problem.”

“The report highlights how redirecting, repurposing, or eliminating subsidies could make an important contribution to unlocking the $711bn required each year to halt and reverse the loss of nature by 2030 as well as the cost of reaching net zero emissions,” she said.

Blog: Flawed global rules in agriculture: Need for a new approach
Sophia Murphy, from the Institute for Agriculture and Trade Policy (IATP) speaks with The Real News on how for the past 20 years, the World Trade...
Report: Nations are overusing natural resources faster than they are meeting basic human needs
For at least the last 30 years, not a single country has met the basic needs of its residents without overconsuming natural resources, according to new...
Report: Better and different! Transforming food systems through agroecology
For over half a century the struggle against poverty has been a focus of global rhetoric. Rarely, however, do people ask the most important question: Who...
Report: Our food systems are collapsing and the alternative of agroecology has become a survival imperative
Dr. Vandana Shiva presents in the report The Future of Our Daily Bread: Regeneration or Collapse new evidence on the imminent collapse of our food systems...
Report: Financing the global sharing economy, part three (6): end support for agribusiness
Section 6 in part 3 of the report Financing the Global Sharing Economy demonstrates how shifting subsidy support away from agribusiness in OECD countries...
Article: Pathways of transition to agroecological food systems
A new report by leading sustainability experts has reaffirmed the case for a paradigm shift from industrial agriculture to diversified agroecological...
Printer-friendly version