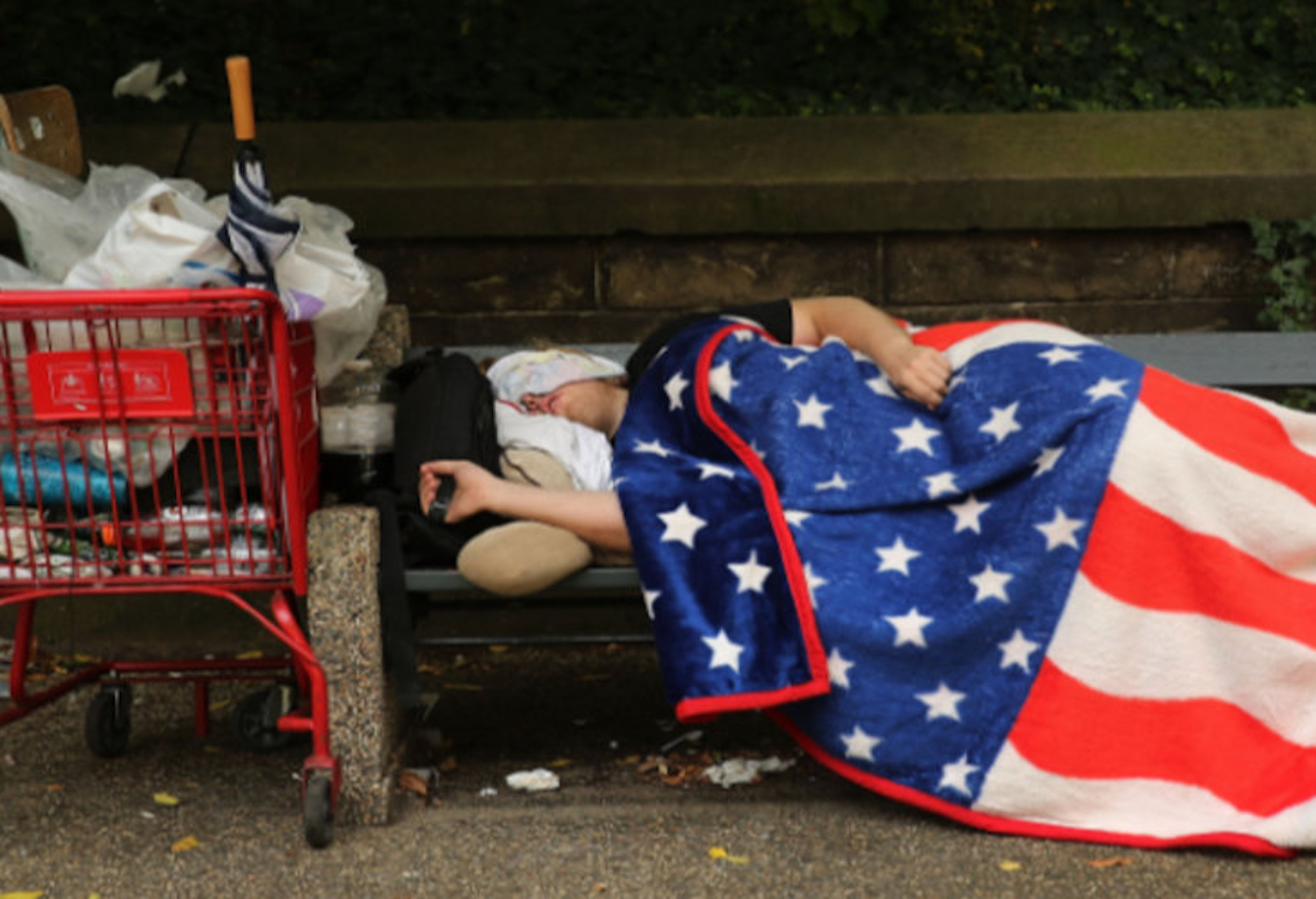 The United States, one of the world’s richest nations and the “land of opportunity”, is fast becoming a champion of inequality, according to the United Nations Special Rapporteur on extreme poverty and human rights, Philip Alston.

Entrenched poverty will be made far worse by policies being proposed by the Trump Administration, warned Philip Alston in a statement after a two-week fact-finding mission to California, Alabama, Georgia, West Virginia and Washington, D.C., as well as Puerto Rico.

“The American Dream is rapidly becoming the American Illusion, as the United States now has the lowest rate of social mobility of any of the rich countries,” said the independent human rights expert appointed by the UN Human Rights Council to look at poverty and human rights in countries around the world.

“American exceptionalism was a constant theme in my conversations.  But instead of realizing its founders’ admirable commitments, today’s United States has proved itself to be exceptional in far more problematic ways that are shockingly at odds with its immense wealth and its founding commitment to human rights.

The Special Rapporteur continued: “I have been struck by the extent to which caricatured narratives about the purported innate differences between rich and poor have been sold to the electorate by some politicians and media, and have been allowed to define the debate. The rich are industrious, entrepreneurial, patriotic and the drivers of economic success. The poor are wasters, losers and scammers.

“Despite the fact that this is contradicted by the facts, some of the politicians and political appointees with whom I spoke were completely sold on the narrative of such scammers sitting on comfortable sofas, watching colour TVs, while surfing on their smartphones, all paid for by welfare.

“I wonder how many of these politicians have ever visited poor areas, let alone spoken to those who dwell there.”

The most recent official statistics from the US Census Bureau in September 2017 indicated that more than 40 million people - more than one in eight Americans - were living in poverty. Almost half of those, 18.5 million, were living in deep poverty, with reported family income below half of the poverty threshold.

Mr. Alston said the poor were assumed to come from ethnic minority groups, but noted that in reality there were eight million more white people than African-Americans living in poverty. “The face of poverty in America is not only black or Hispanic, but also white, Asian and many other colours,” he said.

The Special Rapporteur expressed the fear that proposed changes in the direction of US tax and welfare policies could have devastating consequences for the poorest 20 percent of Americans.

“The proposed tax reform package stakes out America’s bid to become the most unequal society in the world,” Mr. Alston said. “It will greatly increase the already high levels of wealth and income inequality between the richest one percent and the poorest 50 percent of Americans.

“The dramatic cuts in welfare, foreshadowed by President Trump and Speaker Ryan, and already beginning to be implemented by the administration, will essentially shred crucial dimensions of a safety net that is already full of holes.”

“Several administration officials told me that as far as welfare reform is concerned, states are, in Justice Louis D. Brandeis’ famous phrase, ‘laboratories of innovation’. Recent proposals to drug-test welfare recipients in Wisconsin and West Virginia, along with Mississippi’s recent purge of its welfare rolls, raise concerns that the administration would happily look the other way while states conducted what were in essence unethical experiments on the poor.”

Mr. Alston’s final report on his US visit will be available in Spring 2018 and will be presented to the UN Human Rights Council in Geneva in June 2018.

Mr. Philip Alston (Australia) took up his functions as the Special Rapporteur on extreme poverty and human rights in June 2014. As a Special Rapporteur, he is part of what is known as the Special Procedures of the Human Rights Council. Special Procedures, the largest body of independent experts in the UN Human Rights system, is the general name of the Council’s independent fact-finding and monitoring mechanisms that address either specific country situations or thematic issues in all parts of the world. Special Procedures’ experts work on a voluntary basis; they are not UN staff and do not receive a salary for their work. They are independent from any government or organization and serve in their individual capacity.

Why the UN is investigating extreme poverty … in America, the world's richest nation - The Guardian

Original source: The Office of the United Nations High Commisioner for Human Rights