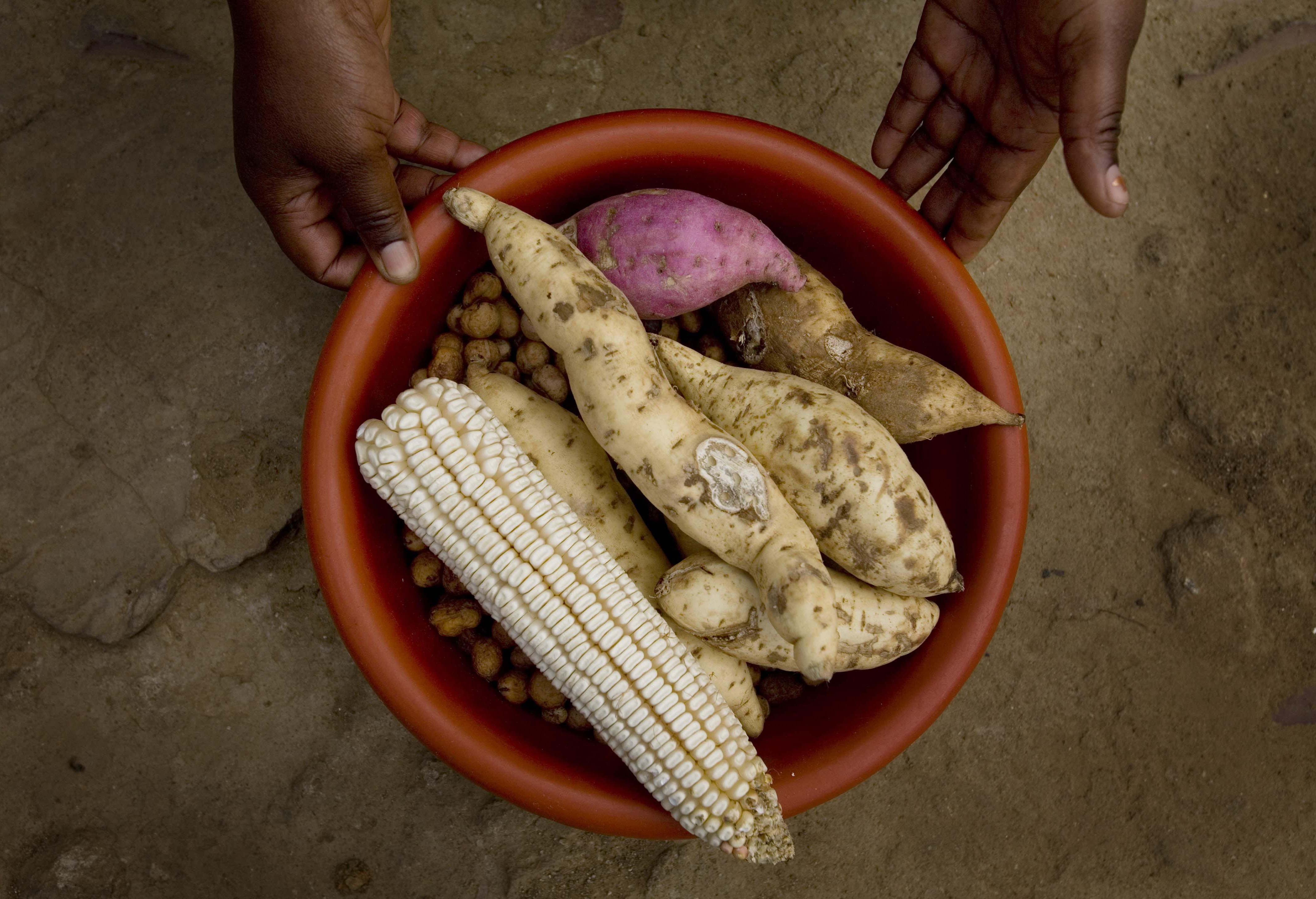 Despite the production of more than enough food to meet the nutritional needs of all the world’s population, life-threatening food emergencies continue to devastate many developing countries, and at least 842 million go hungry every day.

Clearly, global food systems are working against the principle of sharing at a fundamental level when widespread undernourishment co-exists with large surpluses of food in global markets. From the most basic perspective, sharing food in a world of plenty infers a family of nations in which no one is permitted to die of hunger, and that demands a re-ordering of government priorities to ensure that everyone is guaranteed their right to safe, sufficient, nutritious and affordable food.

But the scandal of hunger is only the most egregious example of a broken food system that is in crisis at every level. Industrial farming practices have significantly degraded the natural resources upon which human life depends, and governments face enormous challenges in meeting future demand for food as a result of water shortages, fossil fuel depletion, climate change and environmental degradation. According to some estimates, the globalised industrial food system contributes over half of all greenhouse gas emissions. The United Nations also reports that 75% of plant genetic diversity has already been lost as a result of the profound shift towards an environmentally destructive model of agriculture over the past century.

A new paradigm in global agriculture is urgently called for. If we accept that food is an essential for life that should be shared at every level – family, community, national and international – then we cannot continue to treat grains and other staples as ‘commodities’, just like any other merchandise. Yet the entire edifice of the global food economy is based on the belief that food should be grown for profit, not human need, which has far-reaching implications for food and farming systems if sharing is to guide the process of global economic reform.

This is starkly illustrated, for example, by the intellectual property rights regime, which is in many ways the antithesis of sharing – built as it is upon the belief that corporations have rights to privatise and ‘own’ the genetic commons, while smallholder farmers are even deprived of their right to share and save seeds. Stock market speculation on basic foods is also a scandal when millions of people are starving in the world. Clear evidence now suggests that betting on food prices in financial markets has caused drastic price swings in recent years, with catastrophic consequences for the poorest households.

Reversing these trends necessitates action and cooperation on a global scale. For example, there is an imperative need to establish fairer regional and global trade arrangements, which at present enable the largest corporate players to reap colossal profits from the international trade in agricultural commodities – especially in the midst of food price crises. In a dramatic reorientation of agricultural trade policy, governments should rather aim to establish higher levels of food self-sufficiency, re-regulate markets and reduce dependency on imports, both within OECD countries and across the Global South.

Put simply, a more just and sustainable food system depends on people and communities being empowered to grow and share food. This new direction is rigorously articulated by a food sovereignty movement that rejects the corporate vision of agriculture in favour of a more localised, ecological and people-led approach to farming. Indeed the scientific case for small-scale, low-impact farming has already been won: in 2008, the conclusions of more than 400 experts was released in the UN-sponsored IAASTD study, which gave a damning verdict on modern systems of industrial agriculture and presented policymakers with an effective blueprint to confront today’s global food crisis.

The practice of sharing has a pivotal role to play in a new paradigm for food and agriculture, but it clearly needs to be a true form of economic sharing that addresses the power structures and politics underlying an unjust global economy. It is imperative that governments finally accept their responsibility to guarantee access to nutritious food for all the world's people, and thereby enact policies to democratise and localise food economies in line with the principles of sharing and cooperation. In sum, the political challenge for the international community could not be more critical and deep-seated: to reinstate the spiritual, non-material value of food that allows it to be treated as more than just a commodity - and ultimately shared universally as a basic human right.

Article: An enquiry into the meaning of sharing food
If we are concerned about stopping the enduring crime of starvation amidst plenty, we cannot restrict our actions to the level of our own country or...
Article: Global Sharing Day 2013: let's talk about food
The idea of sharing food has taken root in recent years as a response to our broken food systems, but does it make sense to talk about food sharing on a...
Report: Global food reserves: a key step towards ending hunger
Food reserves could play an important role in a longer-term strategy to achieve universal food security if implemented as part of a new international...
Article: The importance of food reserves in a hungry world
The issue of globally-managed food reserves is receiving increased attention from policymakers in light of the food price crisis. But will the current...
Article: The global fight for food: a battle of narratives
The inability of world leaders to face up to the root causes or policy contradictions of a food crisis is nothing new, but the resultant crisis of faith...
Article: Has the world given up on sustainable development?
Following the latest weak outcome of the Commission on Sustainable Development, it is time to ask if the United Nations is achieving enough in the realm...
Printer-friendly version