A record 68.5 million people in the world were forcibly displaced by the end of 2017, U.N. says 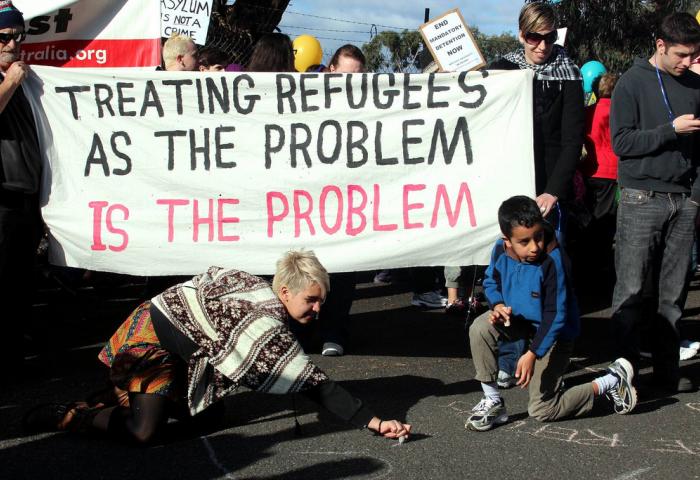 Every two seconds, someone in the world was forcibly displaced in 2017, according to a new report by the U.N. Refugee Agency.

Due to wars, violence and persecution, 68.5 million people were forced to flee their homes by the end of 2017 - a record high and a trend that has continued five years.

More than half of those displaced, which included refugees, asylum seekers and internally displayed people, were children, many unaccompanied or separated from their parents, the UNHCR’s Global Trends report found.

The vast majority of the displacements affected developing nations, and overwhelmingly consisted of people who fled their homes but remained inside their own country. The crisis in December Republic of the Congo, war in South Sudan and the plight of 700.000 Rohingya refugees who fled from Myanmar into Bangladesh, were big contributors.

UNHCR dispelled several incorrect “perceptions” of the global refugee crisis. “Among these is the notion that the world’s displayed are  mainly in countries of the Global North. The data shows the opposite to be true - with fully 85% per cent of refugees in developing countries,” the report said, adding, “Four out of five refugees remain in countries next door to their own.”

Just five countries - Syria, Afghanistan, Sourht Sudan, Myanmar and Somalia - accounted for two-thirds of all the world’s refugees, if excluding long-term Palestinians under the U.N.s care.

In 2017, Turkey remained the largest host nation, with a population of 3.5 million refugees, while Lebanon had the greatest number in comparison to its population.

“We are at a watershed, where success in managing forced displacement globally requires a new and far more comprehensive approach so that countries and communities aren’t left dealing with this alone,” said Filippo Grandi U.N. High Commissioner for Refugees.

Yet even as the number of people displaced continues to climb, the space carved out for sheltering them has drastically diminished. Last year, just 100,000 refugees were resettled, down 40 percent on 2016.

The number to focus on this World Refugee Day - Fionna Smyth, Oxfam

Blog: A new deal for refugees and migrants?
As world leaders gear up for the first ever UN Summit on refugees and migrants, civil society organisations already expect the summit to fail to agree any...
News: Aid spending stagnates as rich countries shift focus from refugees to poor nations
Rich nations spent more on helping poor countries last year but less on refugees at home, leading to stagnation in overall aid expenditure - which remains...
Article: Climate migrants might reach one billion by 2050
Imagine a world with as many as one billion people facing harsh climate change impacts resulting in devastating droughts and/or floods, extreme weather,...
News: 'Price of conflict is too high': hunger at crisis levels in eight countries
The number of hungry people living in conflict zones is rising, with eight countries recording crisis or emergency levels of food insecurity in at least a...
Article: Standing in solidarity for a humanity without borders
Much has been made of the basic unfairness in how responsibility is shared between nations for ameliorating the refugee crisis. But the real question is...
Article: Letting “peace and love flow” for a world in crisis
As part of STWR’s ‘global call for sharing’ campaign, we periodically highlight the growing public debate on the need for wealth, power and resources to...
Printer-friendly version